My Visit with Uncle Randy

My Visit with Uncle Randy 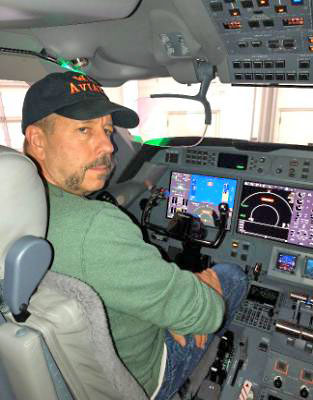 My name is Ron Friend. My wife, Lori and I got involved with aviation relatively late in the game. I was born when Dwight D. Eisenhower was president and it was in September of 2015 when I enrolled in the JB Aviation Ground School, purchased my first aircraft a 1979 Cessna 172N, moved in to Hangar E1 at Galt Airport and started my flying lessons. In November of 2016 I became a certified private pilot.

I am lucky to have a family member who also loves aviation as much as I do. He is my uncle (Randy Hutton). All my life I had an extreme fear of flying and for 30 years he tried to help me overcome that fear. His persistence paid off. He was able to educate me enough to the point where I was able to overcome my fear of flying.

Uncle Randy is the Senior Director of Global Aviation Services for McDonald’s Corporation. He is a

37 year veteran of business aviation. In his role at McDonald’s, he is responsible for the recruitment and hiring of pilots, flight attendants, technicians and administrative people to manage and fly the Company aircraft. He also maintains currency as an International Captain on their Global 6000 and Gulfstream 550 aircraft.

I recently had a discussion with Randy that was started when I asked him about a news article I was reading that indicated that there is going to be a pilot shortage in the United States.

When I asked if he thought the pilot shortage was real, Randy’s response was a resounding “Yes!”

“It is real, and it is here.” The airlines are hiring at an unprecedented rate and its creating a huge vacuum in the industry. However, it’s important to point out that this airline hiring spree is also creating exciting new job opportunities in business aviation.

Business aviation has always had a challenge with recruitment. This is generally because little is known about it. Most of the big aviation schools (Embry Riddle, UND, SIU, etc.)tend to point their graduates toward the commercial airlines. This is primarily because this is what they’re most familiar with. Unfortunately, in doing that, a unique and wonderful career opportunity may be overlooked. 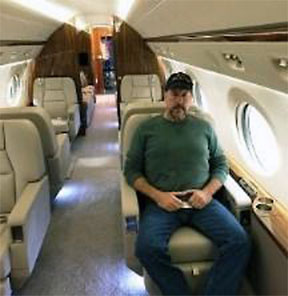 In this global economy, business aviation has emerged as a major force in international commerce. Aircraft such as the Global 6000/7000, Gulfstream 550/650 and Falcon 7X/8X have given business executives the capability to comfortably travel from Chicago to Russia, China and South America – non-stop. With one stop, these aircraft can make South Africa, Australia, Malaysia, Saudi and the UAE.

The days of the Sabreliner and JetStar are gone giving way to advanced, ultra long-range business aircraft. Systems like auto-throttle, auto-spoiler, auto-brakes, synthetic vision and HUD EVS were only available on a modern airliner. However, they are now standard equipment on many of these new generation business aircraft. CPDLC, ETOPS and RNP-AR operations are also commonplace.

One of the most attractive benefits of the airlines has always been the career earnings potential. Unlike corporate salaries, the commercial airlines publish their salary data and many aspiring pilots go right to the top left of the page to see the $328 per hour 777 Captain pay. A few things to keep in mind here; it takes a long time to get to that level and not every airline pilot earns (or will earn) that type of salary.

It is important to point out that most large corporations also provide various Stock Options, as well as 401K matching and tuition reimbursement. Some companies also provide pension plans. While it’s hard to argue with the airline pay scales, this must be balanced with an understanding of the difference between these two distinct career fields. I liken this to trial lawyers versus corporate lawyers. They are both lawyers, but the jobs are vastly different and there are pros and cons to each.

Interestingly enough, one of the most compelling differences between the airline and corporate environment is the relationship between coworkers. At a major airline, you probably won’t know the pilot you’re flying with and you may never see him/her again (UAL has over 12,500 pilots). In a corporate flight department, you typically become very close with your coworkers.

In most cases, they become your extended family. This has an intrinsic value in your daily work life especially over time.

In my conversation with Uncle Randy, it is apparent that the pilot shortage is indeed here. It is also very apparent that business aviation offers an exciting alternative to the commercial airlines.

Without question, airlines such as United, Delta and American offer a wonderful career path for a young aviator. However, as you ponder a career as a pilot, be sure to give business aviation a serious look. You may be surprised by the exciting and unique opportunities offered by this fascinating industry.

I would like to thank Uncle Randy for allowing me to visit the McDonald’s Corporate Aviation Hangar and spend an afternoon being up close and personal with their aircraft and also for talking aviation with me.

It doesn’t get much better than that! 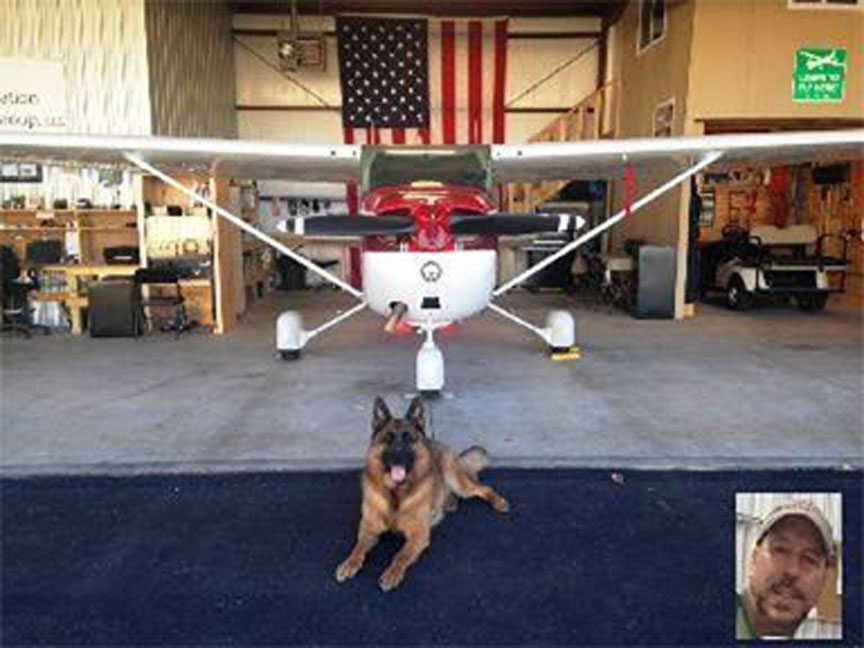