Our chapter did a cool flyout to visit the EAA museum in Oshkosh.  Four airplanes and 11 chapter members enjoyed the event.  Avril McClellan (Stephanie McClelland’s 16 year old daughter) provides her reflection of the flyout…………

Our Flight to Oshkosh

On July 19, 2021, I arrived at Galt airport and was greeted with warm air and a slight breeze. I waited around for a little bit before heading off to the pre-flight briefing conducted by Eric Rehm, where we went through everything we needed to know before heading off to Oshkosh, Wisconsin.  After the briefing, we headed to our separate planes where we then began doing pre-flights, and taxied out to run-up. After we took off, the plane began to climb up above the clouds and we were greeted with smooth air.   Riding in the back seat with Justin “JT” Thuma, he started a playing a light hearted game of “ Where are we?!”  He tested me on my knowledge of looking around for lakes and landmarks on the sectional chart before descending back under the clouds toward OSH.  I was flying in a Piper Archer, N8286C with chapter members Marty Papanek, Arnie Quast, and JT Thuma.  It took us a little under an hour to get to our destination, Wittman Regional Airport in Oshkosh Wisconsin (KOSH).

After we landed, it seemed so quiet, because I have only been to Oshkosh when it was for the airshow and so busy.  We taxied to the Basler Aviation FBO on the north end of the field. The fine folks at Basler Aviation then shuttled us over to the museum where we began our guided tour of the EAA Museum.  During the tour, I found the history behind the Bugatti airplane quite interesting, and at the same time very sad, the original airplane never flew, but someone built a replica of it and flew twice before crashing and killing the pilot. Something I also thought was pretty cool is that there is a homemade plane that flew around the world nonstop, I never knew this was even possible. The people who built this airplane were not given funds by the government or any corporations.  It was funded by several aviation enthusiasts.  We ran out of time so we were not able to see even half of the museum or everything that the museum had to offer.

After eating some lunch we headed back to the airplanes parked at Basler, and began our departure back to Galt Airport.  After we took off we continued to play another round of “Where are we?” and this time we flew for a little over an hour.  On the way back we circled over my house (that never gets old) and then headed back to Galt. This was an overall amazing experience, and I can’t wait to come back for EAA Airventure in July! I also can’t wait to go back to Oshkosh when it’s not so busy and continue the rest of the guided tour learning not only about the history of EAA, but the history of flight that is portrayed in the EAA Museum. 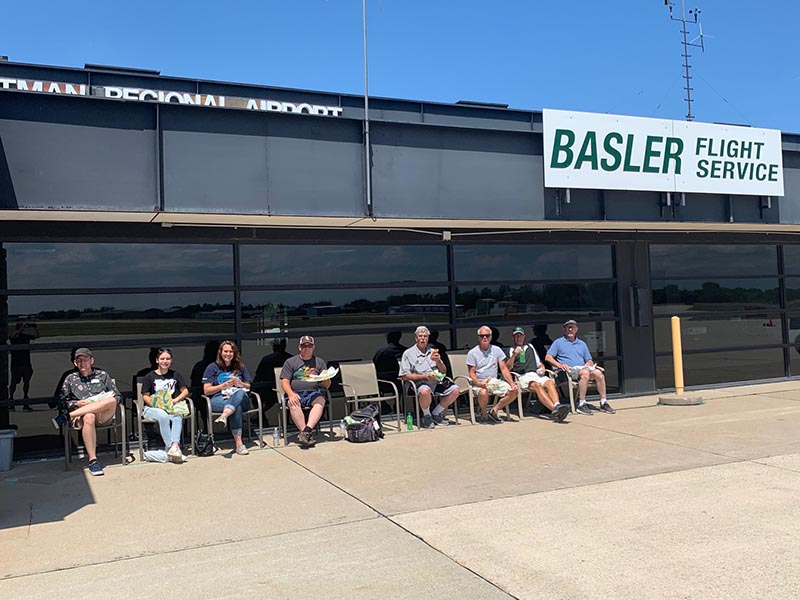 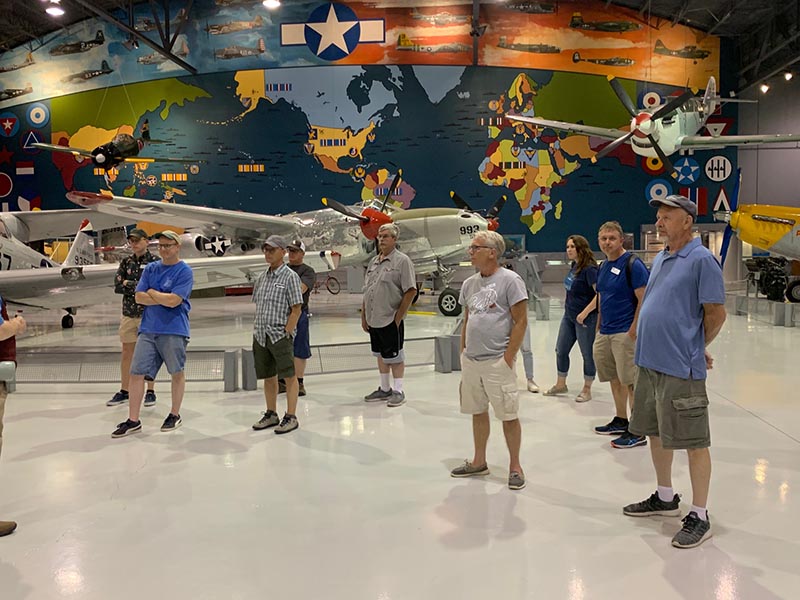 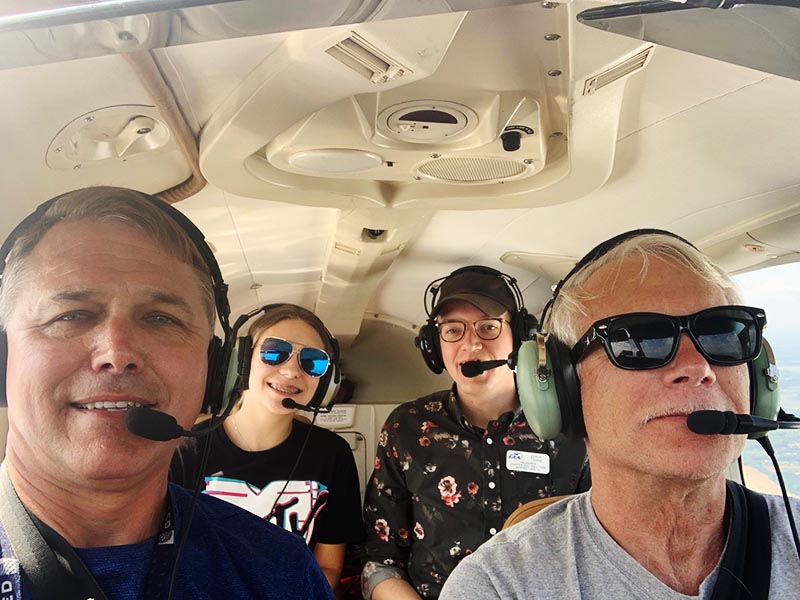 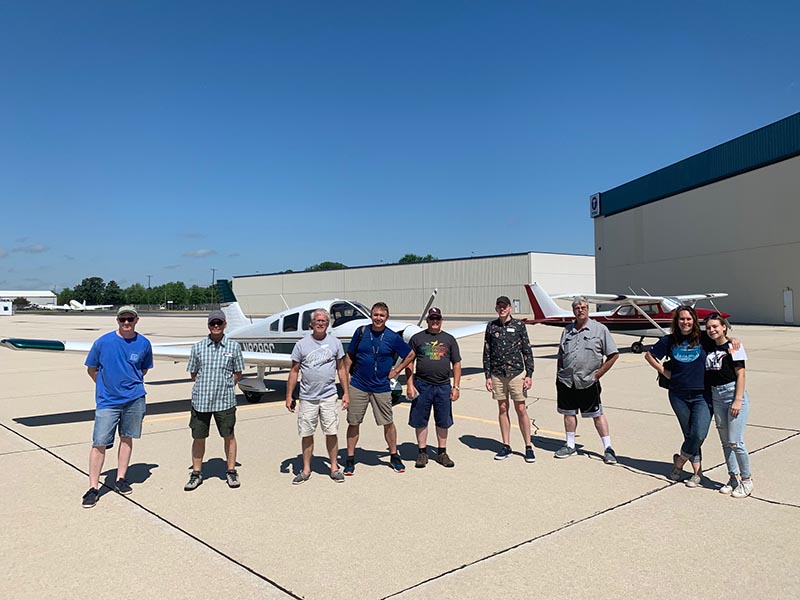