Last year, Stephanie McClellan, JB Aviation’s Aircraft Maintenance Administrator, took on a forlorn C150 airframe … we started following her project and her story appeared in the October 2020  issue of Galt Traffic. We are excited to continue to share her progress!

To recap, this airplane story began some twelve years ago. Back then, a C150 became someone’s eager project. But as often happens, priorities changed and the project languished. Years passed, the tires slowly sank into the earth and the faded Cessna slowly became part of the airport scenery. Eventually, the derelict C150 was dismantled and safely packed into a corner of Galt’s maintenance hangar, a project destined for slow periods.  Eventually, Stephanie’s persistent questions convinced JB Aviation to sell it to her ‑ lock, stock and boxes. With help, Stephanie hauled the pieces (at that point there was little that resembled an actual airplane) to a hangar just across the taxiway from the maintenance shop. A short time later, progress reports and photos began appearing on Stephanieʹs Facebook page. This is where Stephanieʹs airplane story continues…

It’s been two years since I started on “Project 150”.   I can’t believe it’s been that long already, but time flies when you’re having fun!  …(though, I would probably lean more towards busy than fun at this point).

In the very little free time that I have lately, I have been spending it polishing.  I have added to my collection of polishing tools. You name it and I probably have it!   The stand polisher scares me. I’m still afraid that I’m going to launch something into the wall if it gets away from me!!  I like my battery powered handheld, but I find that I just go through batteries too quickly, so now I have an electric powered 3” foam pad polisher. It fits just-right in the grooves of the flaps and ailerons, and it gets the heavy polishing work done.  It’s not a random orbital polisher though, so it leaves swirl marks!  Having swirl marks isn’t ideal, so to get the mirror finish that I want, I have a small 3” random orbital for the fine polishing.  And finally, I have a big orbital buffer that I use for the all-over polishing of the bigger parts of my airplane! Seriously I have an arsenal of tools just dedicated to make my airplane pretty!  My airplane is looking really shiny!

I could say polishing is a lot of fun, but it’s really not.  It’s a lot of work and it will definitely be worth it in the end, but right now I just feel like saying, “don’t touch my airplane!”  There have been a few days when the weather has been nice enough to open the hangar and enjoy some fresh air while working away!  I truly love those days!  I feel like I can just polish all night if it wasn’t for the mosquitoes.

Over the last year, I purchased the fiberglass fairings and various interior and exterior pieces that need replacing.  I have installed the caps on my vertical, horizontal stabilizers, rudder and elevators.  I was in the process of balancing them, but then discovered cracks in my rudders lighting holes.  I have since purchased the new part and have stripped all the primer off and then painstakingly hand sanded it to a shiny polished finish!  It’s been a minor setback, but a good learning opportunity.  That has been the best thing about building my own airplane, so far. I have learned so much already about my little 150!   I’ll know every single part that has been looked at and worked on prior to being put back together, making it good as new, if not better!

I am currently working on polishing my flaps and ailerons. Once they are polished well, I will be attaching the wings. I will do a final buffing of the entire plane when all the pieces are joined together!  But for now, I would like to get them to a nearly mirror-finish first.  My goal for now is to have the wings on and the rudder reassembled and attached by Mother’s Day this year.

Watch for updates on Stephanie’s project! We can’t wait to eventually see her and her plane in the sky! 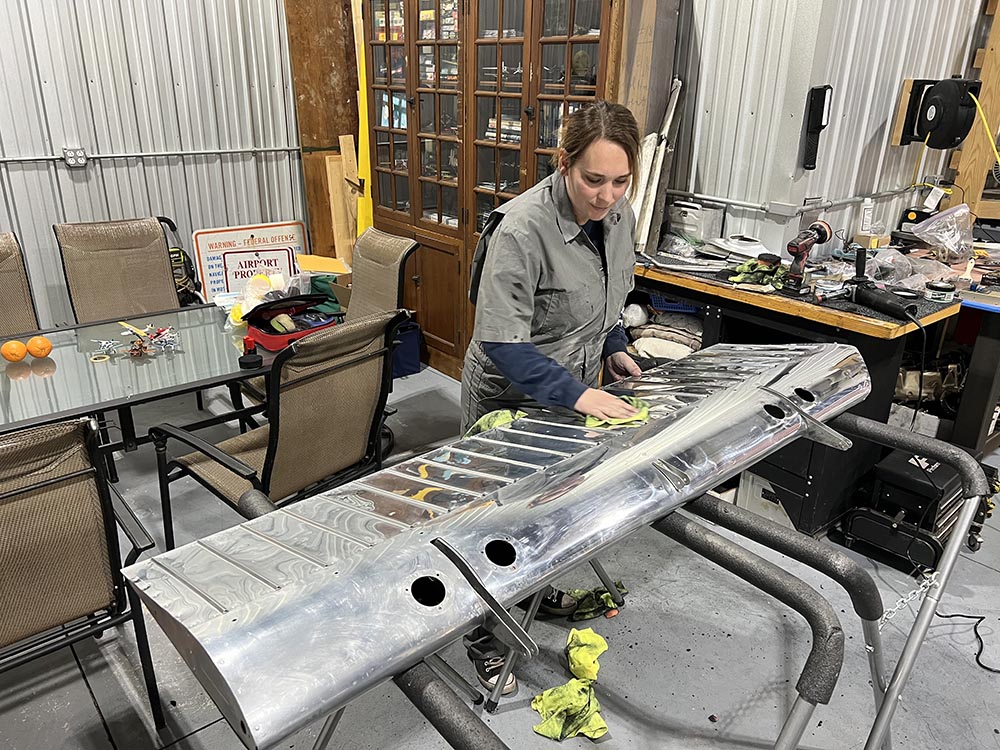 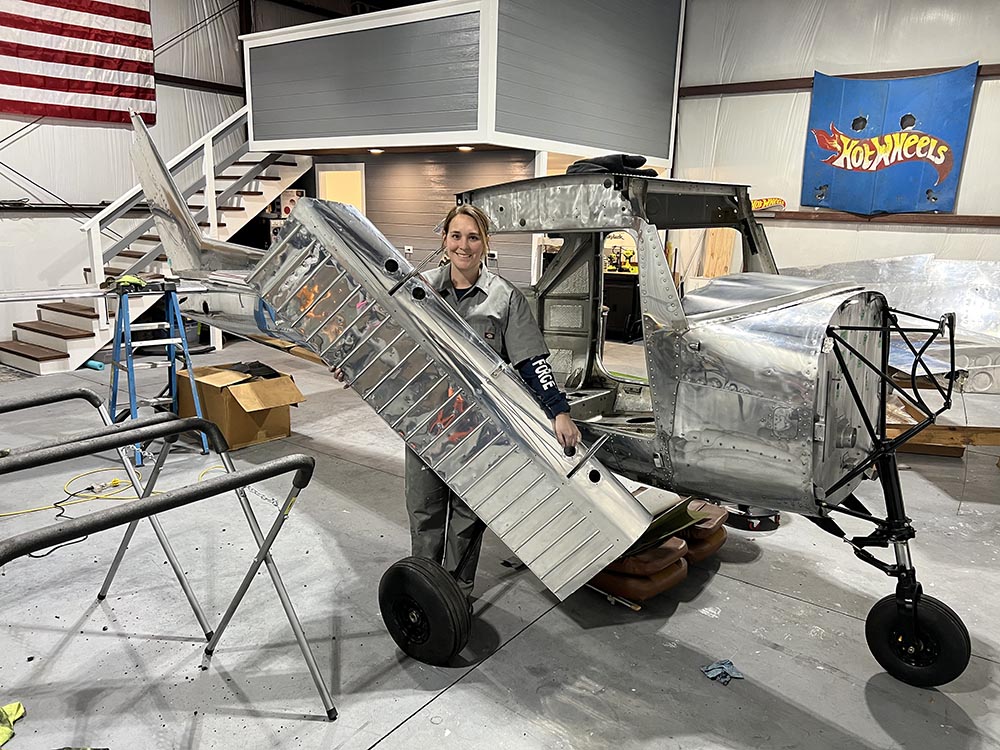