Last year, Stephanie McClelland, JB Aviation’s Aircraft Maintenance Administrator, took on a forlorn C150 airframe … we started following her project and her story appeared in the October 2020  issue of Galt Traffic. We are excited to continue to share her progress!

To recap, this airplane story began some twelve years ago. Back then, a C150 became someone’s eager project. But as often happens, priorities changed and the project languished. Years passed, the tires slowly sank into the earth and the faded Cessna slowly became part of the airport scenery. Eventually, the derelict C150 was dismantled and safely packed into a corner of Galt’s maintenance hangar, a project destined for slow periods.

The maintenance shop’s reputation for good work at fair prices kept them very busy during the intervening years. Managing an active slate of customers, keeping track of a growing parts inventory and employee schedules ultimately led to JB Aviation’s hiring of  Stephanie as the Aircraft Maintenance Administrator. Shortly after Stephanieʹs arrival, she spotted the sad‑looking fuselage surrounded by boxes filled with assorted parts, its wings leaning against the hangar wall. She pictured herself rebuilding it. Then, she imagined herself flying it.

Eventually, Stephanie’s persistent questions convinced JB Aviation to sell it to her ‑ lock, stock and boxes. With help, Stephanie hauled the pieces (at that point there was little that resembled an actual airplane) to a hangar just across the taxiway from the maintenance shop. A short time later, progress reports and photos began appearing on Stephanieʹs Facebook page. This is where Stephanieʹs airplane story begins…

March 19, 2020 “Soooo…I bought an airplane! It’s in a thousand pieces, so it’s a bit more like a puzzle right now then an airplane, but I love it and am very excited to begin the process of restoration and reassembly of Project 150! I have a great support team around me to help and I definitely couldn’t do it without everyone’s help! I feel very fortunate to have this opportunity and I can’t wait to see the end result, but better still, the road to get there and all that I’m going to learn about my airplane along the way!”

April 6 and 7, 2020  “Ta‑dahhhh! Engine mount, nose strut and landing gear painted and back on!! Another great night of progress on Project 150! Troy Schlote taught us how to drill out rivets. I removed the windshield and Patrick removed the back one, then he polished a small section just for fun! Exciting stuff! Can’t wait to see the whole thing SHINY!”

June 20, 2020  “Project 150 is moving along nicely! Replaced the nose wheel bearings, got a new tube for the tire and reassembled the nose wheel, serviced the front nose strut, cleaned and painted all my rudder pedal stuff, rebuilt both of my master cylinders, and cleaned up all the pulleys and cables for my flight controls. Travis climbed inside the tail and cleaned that out nicely, and then we installed my rudder pedals in the airplane! Wow! That’s exciting stuff!!”

September 14, 2020   “So, after a solid week of working everyday after work on the 150 we managed to get a HUGE amount of work done! Firewall insulation in, firewall marked, gasolator rebuilt, yokes in, new bushings pressed into the tail feathers, tail feathers on. Ran rudder, trim and elevator cables and rigged and set limits for all. You guys it’s looking like an airplane now!”

Watch for updates on Stephanie’s project! We can’t wait to eventually see her and her plane in the sky! 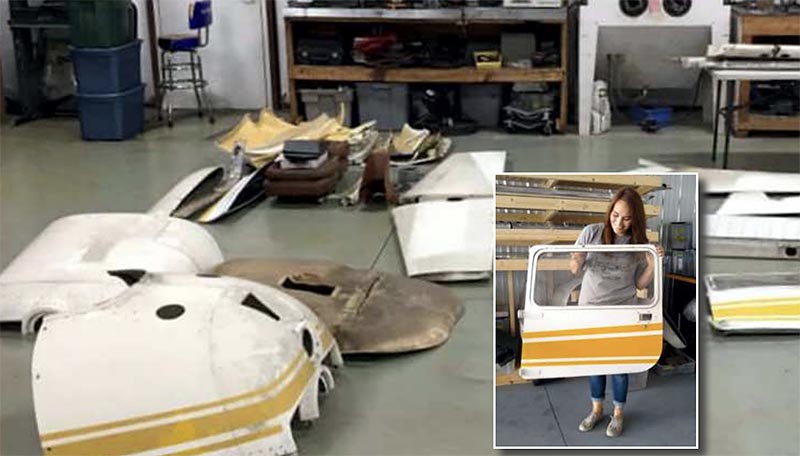 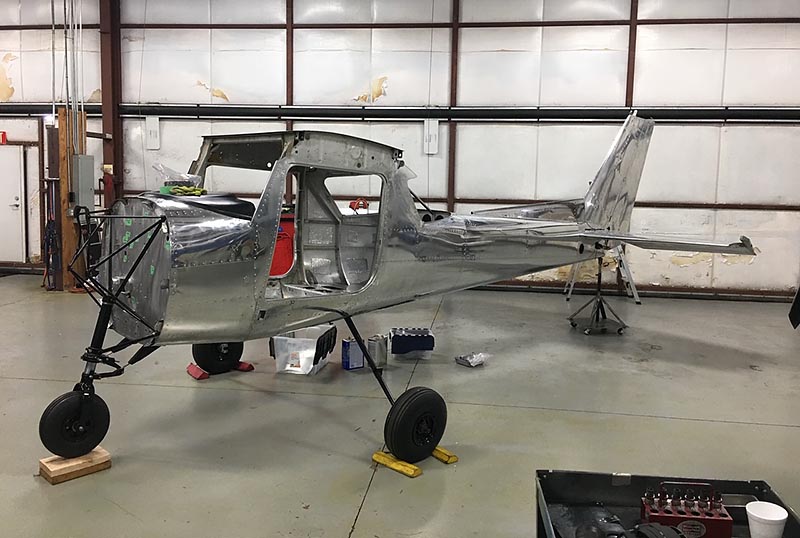 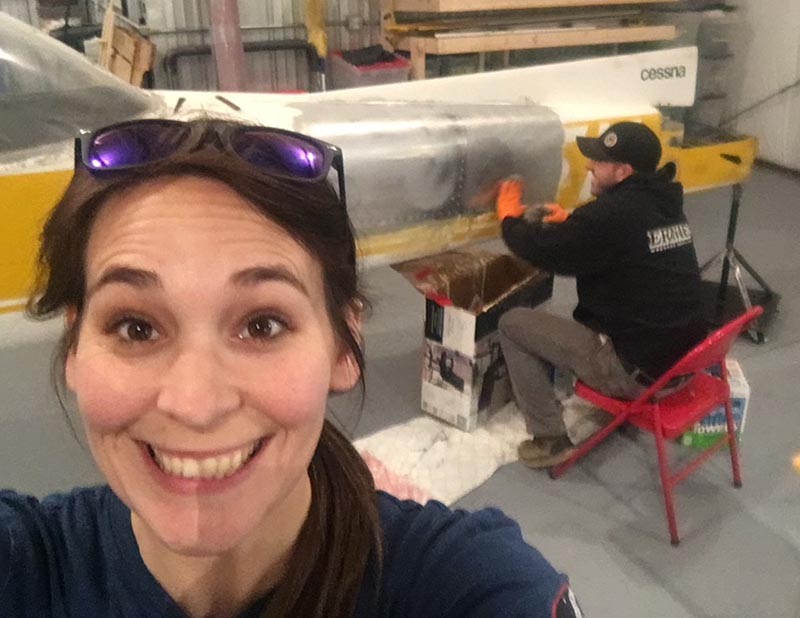 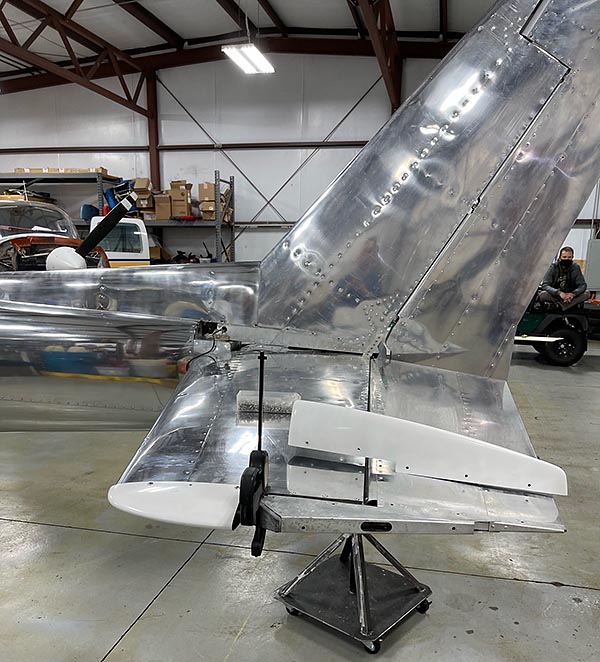 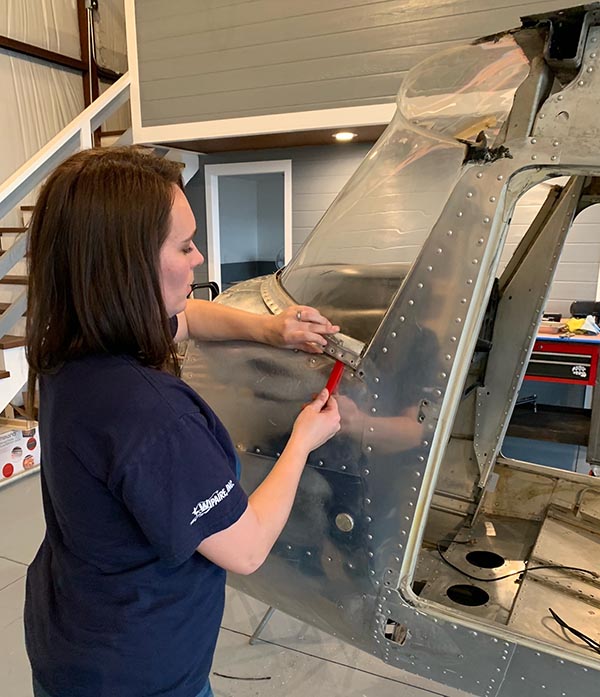 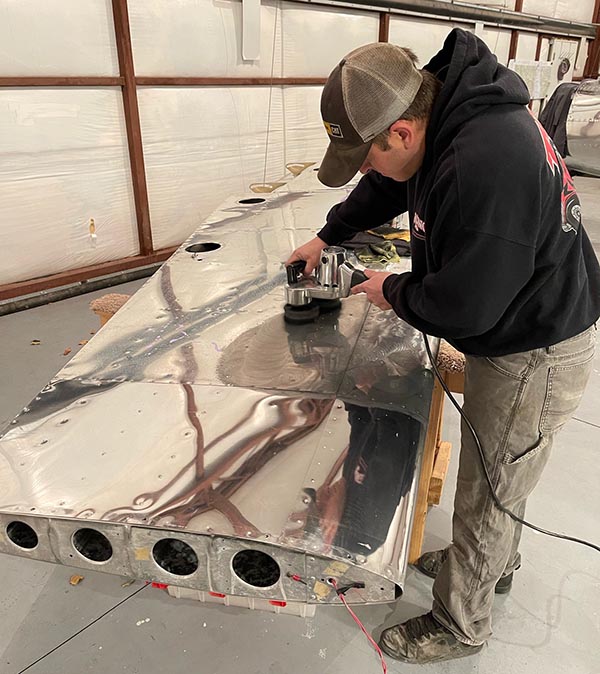