Ever since moving to Colorado in 2019 I have had a trip to Leadville (KLXV), the highest airport in the USA on my bucket list.  I finally decided a few weeks ago to go for it, since I had a nice day with little wind and decent temperatures.  I had made two previous attempts, but was thwarted by clouds in a pass on attempt 1 and super cold temperatures (like 10 below zero) on attempt 2.  I figured the third time was the charm.

I headed south from my base in Fort Collins to an area west of Colorado Springs, then turned west.  After crossing some smaller mountains I found myself in a large flat area that was quite beautiful with mountains on all sides.  Eventually I came to the valley that leads north into Leadville,  After rounding a lovely 13,000 foot peak, I pointed the nose north and proceed up the valley.  It was really scenic, especially on the west side with huge snowcapped peaks all along the route.  Eventually, the Leadville runway came into view.  I did a straight in to runway 34…elevation 9,934 feet.  To tell the truth, the landing did not feel any different from what I have been used to landing at Fort Collins at an elevation of 5,000 feet.  There was plenty of runway, and the landing was sweet.  After visiting the FBO and buying my souvenir, I taxied out for takeoff.  After running up and leaning for best power, we were off.  Slowwwwwly.  Lucy took a long time to get up to rotation speed, and once airborne she climbed like she had 800 lbs. of lead on board.  I could not believe the striking difference in climb performance, even at 32 degrees air temperature.  Fortunately, there is plenty of room to climb and then turn (gently) to the south before you run into the rising terrain.  After a great trip back home, I pondered a few of the lessons learned…

If you ever fly out this way, give Leadville a try.  It’s a neat experience.

For more information on Leadville, check out their website here 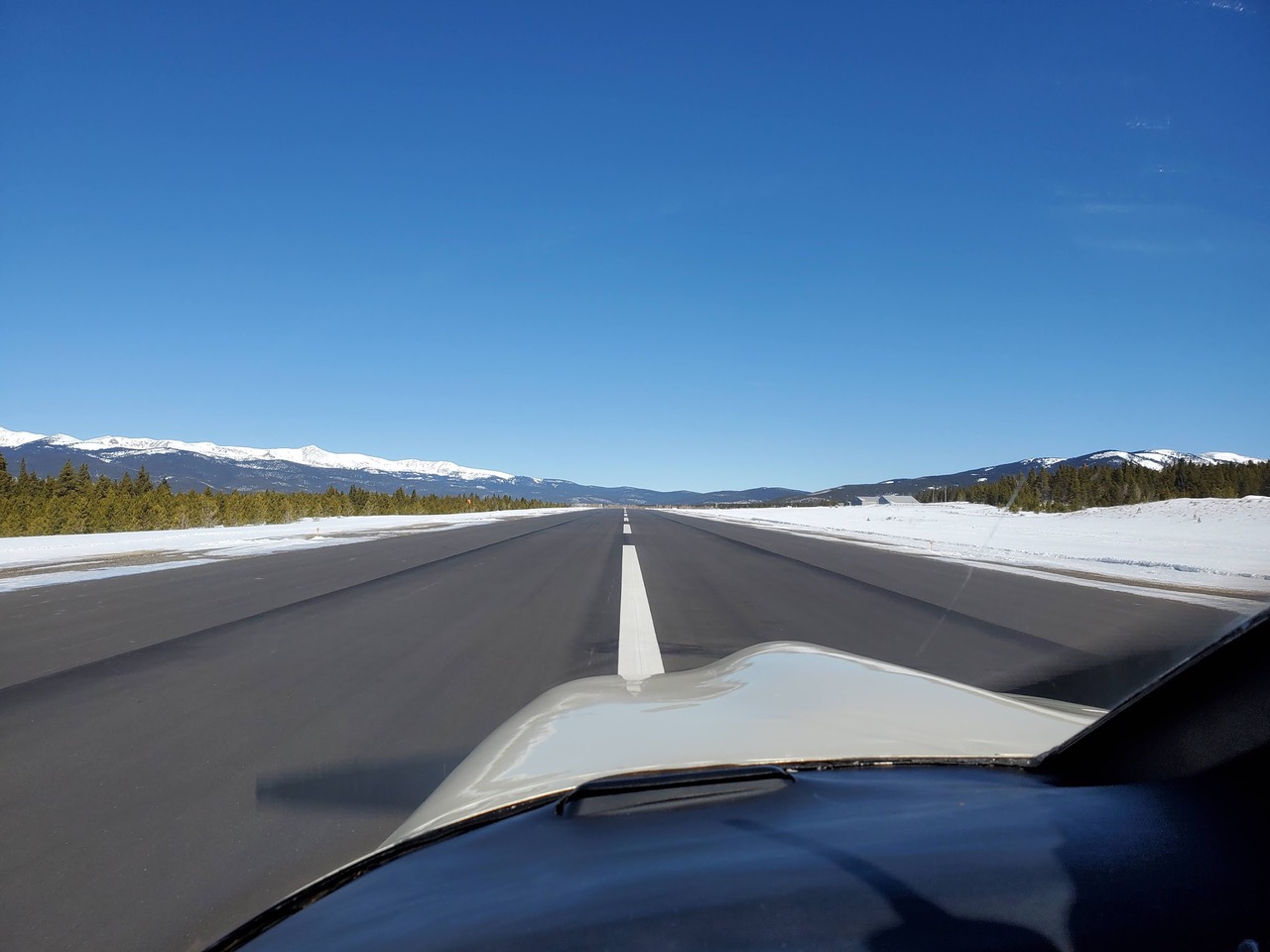 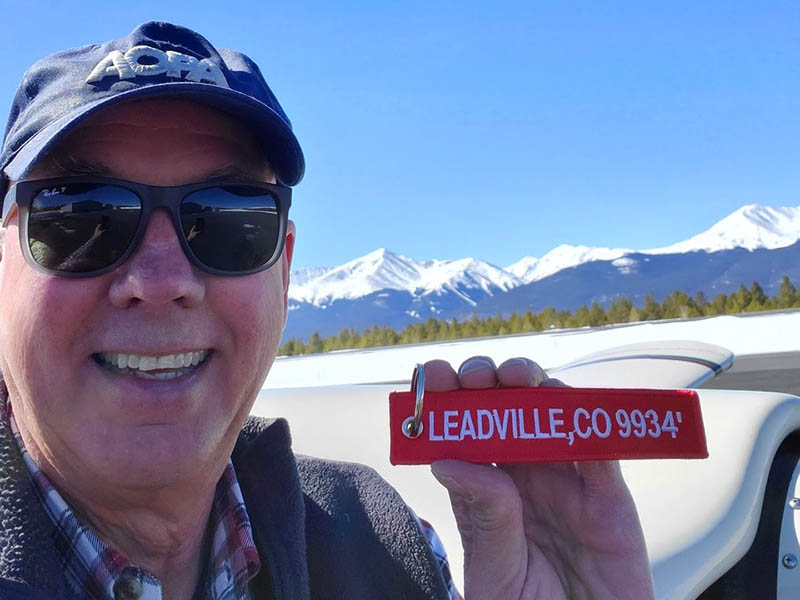