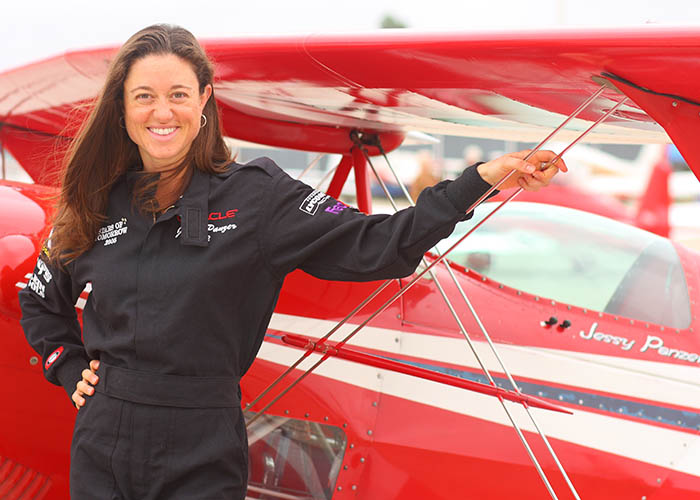 We are very excited to welcomeJessy Panzer, a very accomplished aerobatic pilot to our EAA’s Chapter Zoom meeting. Chat with Jessy and get a first-hand account of her experiences flying at AirVenture, competing with the U.S. Advanced Aerobatic Team and flying her Pitts Special biplane.

Jessy Panzer started flying when she was 18 years old and earned her aeronautical science degree from Embry-Riddle Aeronautical University. She is a CFI in airplanes, rotorcraft, and seaplanes. Though employed as a corporate pilot for most of her career, Jessy actively pursued her passion for aerobatics and began flying in competitions in 2000. In 2012 she made the U.S. Advanced Aerobatic Team. Jessy has also flown as a member of the Stars of Tomorrow formation aerobatic team and is a certified air racer in the Sport Class at Reno, flying a Glasair III. Jessy is honored to be flying her Pitts Special biplane, rated +6/-3 gs, and to be able to share her passion for flight with airshow fans across the country.